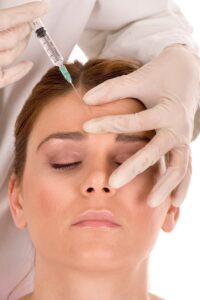 Many baby boomers who are in their 50s and 60s are now re-entering the dating arena through the internet. To make a good first impression during face-to-face meetings, many baby boomers opt to undergo cosmetic procedures to improve their looks. Board certified plastic surgeon Dr. Mark Pinsky treats baby boomers who seek out facelifts, liposuction, eyelid surgery, Botox® injections, and laser skin resurfacing before meeting their online friends.

An increasing number of baby boomers are looking for love online, and may want to make some cosmetic enhancements in order to find their perfect match.

A survey by OurTime.com, a dating site that targets baby boomers (those born between 1946 and 1964), found unmarried people over 50 consider companionship more important now than they did during their 20s.

CNN reports that an eHarmony.com survey conducted in 2010 found that internet dating sites are the most popular way members of this generation are finding companions.
The Associated Press reports that those over 50 are the fastest growing segment of eHarmony’s users.

Individuals who embrace the internet as a way to meet people should take the advice of experts when it comes to finding love online.

Posting a recent picture is recommended, rather than posting one that was taken 20 years ago. Otherwise, dates may feel that you are dishonest.

“Young people tend to go for looks, period,” University of Washington sociology professor Pepper Schwartz told the newspaper. “Older people often have a little bit more leeway on what somebody looks like, but then they have all these other kinds of requirements that may or may not be realistic.”

Those considering re-entering the dating scene in their 50s or 60s may also consider undergoing some cosmetic enhancements to improve their appearance beforehand.

Acceptance of those who undergo plastic surgeries is increasing as well, according to ASAPS. A recent survey found that 53 percent of women and 49 percent of men say they approve of plastic surgery. In addition, 67 percent of Americans said they would not be embarrassed if their friends and family knew they had cosmetic surgery.

“Taking care of yourself and paying attention to physical appearance is increasingly important to everyone,” ASAPS past President Dr. Felmont F. Eaves III said. “As both traditional surgical procedures have been improved and refined, and new nonsurgical options have become available, aesthetic plastic surgeons have more to offer to our patients.”