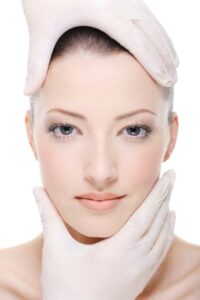 The American economy struggled through 2011 but this did not stop people from investing in cosmetic surgery. Board certified plastic surgeons, Dr. Mark Pinsky has noticed that despite a difficult economy, many people still invest in cosmetic procedures. This article reveals the look the American people invested in last year and what sort of cosmetic procedures most of these people plan to invest in this year.

“Ringing out the old year with plastic Surgery”
Oh, those end-of-the-year lists: most glamorous and fattening, biggest lies and disappointments, stupidest fads and TV shows, worst dresses and investments−−and, of late, most sustainable foods, eco-friendly chocolate, reusable plastic bags and environmentally-friendly children. If you’re like most people, you put cooking, gift wrapping, cleaning and other holiday chores on the back burner while you have another cookie and pour over the lists of the latest, greatest and most disastrous of the year.

Oprah.com is very interested in plastic surgery statistics in the United States. This is no idle curiosity. Plastic surgery trends are a mirror of our society or the statistics “that keep on giving.” They reveal the look the American people invested in last year, the demographic that did the investing and what they’re planning to invest in next year − nothing less than the wheels that drive a significant part of our economy.

When Oprah.com contacted the American Society for Aesthetic Plastic Surgery to get their most recent statistics, here is what they found most interesting:

• There were 318,123 breast implant surgeries performed in 2010.
• Of those 318,123 breast implant surgeries, 2,414 were performed on patients 65 and older.
• Of the 318,123 breast implant surgeries, 4,153 were performed in patients 18 and younger.
• According to a recent FDA report, 20 percent of patients with breast implants will need them removed within ten years because of rupture, hardening of the tissue around the implant and other complications.
• There were 133,511 nose jobs performed in 2010.
• Thirty-three percent of patients desiring nose jobs have moderate to severe symptoms of body dysmorphic disorder (distorted body images), according to a recent study in the journal of Plastic and Reconstructive Surgery.
• There were 84,685 cosmetic surgical procedures performed on patients 65 and older in 2010, including 26,635 facelifts and 24, 783 cosmetic eyelid operations.
• Ninety-one percent of cosmetic surgical procedures were performed in women in 2010.
• In 2010, Americans spent $10,677,415,674 on cosmetic procedures.

The demand for plastic surgery procedures increased almost 9% in 2010 in what was (and still is) a recession economy, illustrating several important trends. Similar to dying your gray hair, plastic surgery is more and more considered simple maintenance work. Further, you may find yourself considering plastic surgery as a necessity to keep your competitive edge in the workplace.