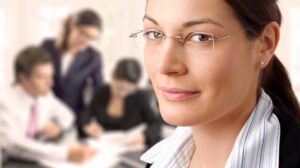 Many powerful female CEOs now opt to have cosmetic procedures such as breast augmentation, Botox®, facelifts and others to improve their looks and further their careers.

By Meredith Lepore of the Grindstone

Recently a story was featured on Oprah.com about a female CEO who confessed she had had 10 plastic surgery procedures. The woman, who works in the investment banking industry, told the interviewer plastic surgery directly related to her career success:

“My career instantly shifted into a higher gear. I was suddenly being courted by senior partners, included in meetings with the CEOs and CFOs of current and prospective clients. I thought, “Wait a minute—I’m the same person I was before the surgeries.” But now I looked like a bombshell in addition to being really good at my work, and it definitely opened up more opportunities. That’s when I began to think of the surgeries as an asset and an investment.”

This woman believes that because she looked better her confidence skyrocketed and therefore her job went better, but is this a common belief among female executives? Is plastic surgery a must have for female CEOs?

For a little context on plastic surgery, women are by far the industry leader for having some form of cosmetic surgery done. The number one procedure more and more woman are having these days is Botox®. The number two procedure The American Society of Plastic Surgeons says is performed over 296,000 times is breast augmentation. That number has increased by 2% since 2009. This is not to be misunderstood that 296,000 women decided to have breast implants, this number also includes women who are having breast reductions, breast lifts, or a number of other procedures. Breast augmentation is a procedure where the age range varies greatly due to the differing procedures. Younger women typically get breast implants where someone a little older would maybe get a lift or reconstructive surgery as a result of cancer.

The age group 20-29 year olds had 747,000 cosmetic procedures, whereas people in the age bracket of 30-39 year olds had 2.4 million total cosmetic procedures, and the surprising group making up 48% of women having these procedures done are the 40-54 year olds. The 40-54 range is probably where we would see the most female CEOs, at least at bigger companies (the median age for S&P 500 CEOs in 2008 was 54, slightly lower than in recent years.) A recent study showed that one in five women said that they would get plastic surgery to get them further ahead at work.

“As someone who works with a wide selection of executive women this is more common than you might think. Most women in senior positions know that attractiveness is a kind of power, and most women are socialized to believe that they will get more attention if they are (insert your word here – pretty, beautiful, or cute). Just like many women in power positions take time to keep their nails manicured, their hair coiffed and their makeup done, they also do “routine maintenance” via Botox® or more invasive surgery.  The comparison to men is not that men don’t have concerns that their age may make them obsolete, they just aren’t socialized in the same way.”

Lorraine Romasco told The Grindstone women CEOs or those at high executive levels are no different than other women. And obviously a lot of women do at least contemplate a surgical procedure of some kind.

“Women CEO’s are just a subset of professional women and women in general! If they haven’t had some type of filler or surgery, they’re thinking about it. We all are. I haven’t taken the plunge yet, but I’m thinking about it.”

But it doesn’t only seem to be that these women think just looking better will give them more confidence which help them in their careers. They also think because they are at this high level they are expected to look a certain way. And that look is perfect. Even though you under a ton of stress, wouldn’t it help if you had no lines on your face to show that? It could be considered part of their strategy.

Career and lifestyle expert Sandra Lamb talked to The Grindstone about the plastic surgery route:

“Those women wanting to compete at the higher executive level within their organizations, however, certainly feel pressure from our youth culture and still men-dominated workplace to look younger and more attractive. (It is always, unfortunately, the case that the more attractive of the species gets the attention, and often the prize.)

Anonymous [in the Oprah article] makes the point that she feels more confident, having “corrected” flaws that worked against her personally and in the workplace. We certainly can’t fault anyone for presenting themselves at the best they can be. If it becomes an obsession, is risky health-wise, or isn’t affordable, then those are another matter.”

Roy Cohen, career expert and author of The Wall Street Professional’s Survival Guide said he has especially seen this trend in the financial industry:

“It is an industry where “aging out” is a big concern for mid and senior level executives. Among women, it has been explained to me that Botox®, fillers and other injectables as well as cosmetic surgery are all a part of looking good, appearing youthful and energetic, and good grooming. These procedures give the appearance of being well-rested and more youthful, and that conveys the impression of having infinite energy…being tireless and having the capacity to go 24/7. It’s all about impressions.

Why are women particularly sensitive to this? Because on Wall Street, there are fewer of them and those who rise up in the food chain have heightened visibility. They also have a lot more media exposure if their roles involve external client contact and firm representation.”

Obviously there are many arguments as well as concrete research that show that being attractive helps your career (attractive people are likely to earn an average of 3% to 4% more than a person with below-average looks.) But these women who have reached this level have already succeeded in their career, hopefully based on merit, so why go under the knife? Well, these women are in exposed, stress-causing positions so if they want to do something that will make them feel better about their appearance than why not? Exercising and eating right to keep yourself healthy is an option but on the other hand a little Botox® or a tummy tuck is going to produce more immediate results (though the process is a heck of a lot more painful.) If this is something they think will help their careers, even in the peripheral sense, and will reduce stress then that is their right. Not that I am condoning plastic surgery in anyway but in the hectic lives of these powerful women plastic surgery is an option and most importantly, it is their option if they choose it to be.