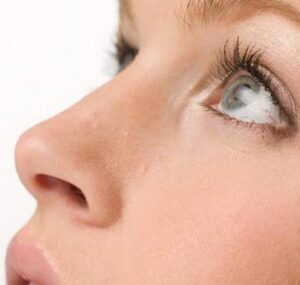 Rhinoplasty is one of the most sought after cosmetic procedures in the country today. In the past few years, board certified plastic surgeon, Dr. Mark Pinsky has seen an increase in the number of patients who consider nasal surgery to enhance their looks or turn back the clock. Studies show that a well-shaped nose does not only make a person attractive, it can also help make him or her look younger.

People who’d had their noses surgically reshaped had a somewhat more youthful appearance afterward — whatever their age, researchers said.

Independent raters who examined before-and-after photographs of mostly young and middle-age individuals undergoing cosmetic rhinoplasty indicated that, on average, the patients looked 1.5 years younger in the “after” pictures (P<0.001), according to Ali Sepehr, MD, and colleagues at the University of Toronto.

Patients’ age at the time of surgery had only a small effect on the apparent age reduction, the researchers reported.

“To our knowledge, this is the first study to demonstrate a statistically significant decrease in apparent age after rhinoplasty,” Sepehr and colleagues wrote in the January-February issue of Archives of Facial and Plastic Surgery.

The study involved 53 consecutive patients having cosmetic nose surgery in a large private practice, for whom frontal and right lateral images were available prior to the procedure and one year afterward.

The pre- and post-surgery pictures — all produced with the same camera, patient positioning, and lighting — were examined separately by 50 untrained lay observers in two sessions. Half the raters viewed preoperative pictures first and then, a month later, looked at post-operative images. The other half examined pictures in the reverse order. Each observer guessed the patient’s age from the paired frontal and lateral images.

Relatively large nasal tip rotations also boosted the younger look. The eight patients having tip rotations of more than 10° looked an average of 2.0 years younger, compared with 1.3 years lost among the other patients (P=0.04).

Patients’ age at surgery was less of a factor, Sepehr and colleagues reported.

“Older patients tended to enjoy a greater degree of rejuvenation,” they wrote. But differences in the apparent age reduction failed to reach statistical significance (P=0.15) in a trend analysis comparing patients in their teens, those ages 20 to 40, and those older than 40.

The researchers noted that the primary goal of nose reshaping is generally to improve the overall facial aesthetic. “This finding [of apparent age reduction] can pleasantly surprise patients presenting for rhinoplasty,” Sepehr and colleagues wrote.

“The rejuvenating effect of rhinoplasty can now objectively be listed as one of the benefits of undergoing this procedure.”