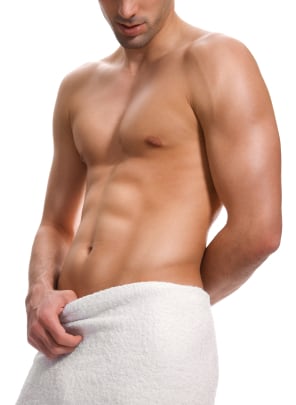 Brotox. Chinplant. Executive surgery. The rapid rise in the number of men undergoing plastic surgery and cosmetic procedures has spawned its own verbal shorthand. No longer reserved for politicians and Hollywood actors, cosmetic surgery is going mainstream with American men.

In 2011, the most recent year complete statistics are available, over 800,000 men underwent cosmetic procedures, either surgical or minimally invasive, according to The American Society of Plastic Surgeons. Men made up 13% of the total number of cosmetic surgical procedures and 9% of the minimally invasive ones, representing an increase of over 120% from the previous decade. Botox injections, by far the most popular cosmetic procedure among both men and women, experienced a 250% increase in men over the past decade, and men accounted for about 30% of the 3.3 million Botox injections administered in 2012. No wonder “Brotox” earned an entry in the Urban Dictionary.

The majority of plastic surgery procedures performed on men are aimed at improving facial appearance: Chin implants, liposuction along the neck and jawline, otoplasty, or ear pinning, rhinoplasty (nose job), and eye lifts (dubbed “executive surgery” because men think a more youthful appearance will help them make the jump from middle management to an executive suite) and hair transplants were the procedures most often performed on men. While many men underwent facelifts in 2012, most chose less invasive procedures. Dr. Onelio Garcia, Jr., a spokesman for the ASPS, says men have different goals than women when choosing cosmetic procedures. “In general, men prefer a less aesthetic procedure in exchange for less down time and recovery,” he said.

Even while the main focus is on the face, men are not neglecting their bodies. Men are increasingly seeking body sculpting with liposuction to trim love handles and give an appearance of six pack abs. Other procedures on the rise among men include “butt lifts,” gynecomastia correction (removing unsightly “man boobs”) and tummy tucks. A surprising number are even seeking hair removal on their chests, abdomens and backs.

Men give many reasons for seeking cosmetic procedures: To get an edge at work, to reduce the signs of aging, to boost self-esteem after a divorce, or even to attract or keep a partner (pretty much the same reasons women give). No matter what the reason, the increasing trend in men’s plastic surgery procedures shows no signs of slowing down any time soon.