Skip to main content
Home/Blog / The Inquirer: “Demand – and differing methods – are growing in plastic surgery”

The Inquirer: “Demand – and differing methods – are growing in plastic surgery” 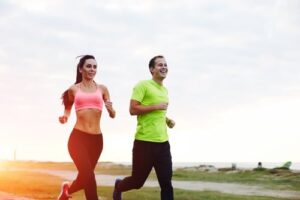 The Inquirer: “Demand – and differing methods – are growing in plastic surgery”
By Gloria Hochman

Which cosmetic surgeries do women want most after childbirth?

Which cosmetic procedure is the most popular with men between 30 and 60?

How have face-lifts changed over the last 40 years?

When Daniel C. Baker, one of the country’s most renowned plastic surgeons, graduated from Columbia University College of Physicians and Surgeons in 1968, he never could have dreamed that 43 years later he would be co-chairing, with plastic surgeons Sherrell J. Aston and Thomas D. Rees, a symposium that included sessions on vaginal rejuvenation and reshaping the buttocks Italian, Brazilian, French, or Swedish style. “It’s a new world,” says Baker, “where it’s difficult to separate the hype from the science. Every patient must be a savvy consumer.”

It is not easy. The world of cosmetic enhancement is seductive. The pages of slick magazines are crammed with pictures of gorgeous models whose ads and testimonials promise a new look and a new life. Jane Davis of Cherry Hill insists that the combination of a face-lift, a new hair style, and the use of facial fillers has given her fresh energy and the thrill of incredulous stares from people who can’t believe she’s a grandmother. The smorgasbord of options – even procedures that are edgy and marginally excessive – has become irresistible, not only to baby boomers who are defining aging their own way, but also to their twentysomething daughters, increasing numbers of men, and those over 75. Almost no person and no body part is off limits.

“My patients in their 60s and 70s are often energetic women who like wearing the same stylish clothes as their daughters,” says cosmetic surgeon Kevin Cross, whose practice is located at Demé, a medical/dental collaborative with offices in Center City Philadelphia and on the Main Line. “They want to go to the beach and look good in a bikini.”

Cross is able to give them flatter tummies, and even treat their “batwing” arms, the loose underarm flesh on the upper limbs, with “invisible” tightening. The incision is hidden in the armpit, replacing the telltale scar that used to stretch to the elbow.
“The demand for body sculpting is escalating, even among older men,” says Cross. Influenced by workplace competition, where 60-year-old men vie with those half their age, and by television shows such as Queer Eye for the Straight Guy, with its fit, meticulously groomed men with no waistline bulges, men feel an urgent need to alter their appearance. Liposuction, in fact, is the cosmetic procedure men between 30 and 60 request the most. In 2010, 37,183 men had excess fat sucked from their bodies, according to the American Society of Aesthetic Plastic Surgery (ASAPS). Most often, it is the love handles they want to shed.

But many also covet more youthful faces. Cross has recently done a lift on an 80-year-old man whose internist cleared him for the operation. “He’s totally healthy and fit, and you can do his surgery with my blessings,” he told Cross. R. Barrett Noone, a Bryn Mawr plastic surgeon, operated on an 80-year-old woman who told him, “Look, Sonny. I have no heirs to inherit my money and I want to look good on my round-the-world cruise.” In the months following her surgery, Noone received her postcards from Tahiti and China. “Looking good changes your outlook,” he says. “It has nothing to do with age.”

While abdominoplasty, commonly called a “tummy tuck,” has increased by 326 percent since 1997 – 137,925 women and 7,004 men in the United States had the procedure last year – there may be another way for some who don’t want the uncomfortable recovery associated with the surgery.

Kris Mohfanz is relaxing in a reclining chair in the Ardmore offices of Louis P. Bucky, chief of plastic surgery at Pennsylvania Hospital. Mohfanz is hooked up to a CoolSculpting® machine whose large suction cup is pulling in the fat in his love handles, then freezing it. There are no incisions and no recovery time, and no neighboring tissue is being damaged. Over the next two to three months, Bucky says, Mohfanz’s crystallized fat cells will break down and be flushed naturally from his body. “I exercise three times a week,” says Mohfanz, who is a broadcast producer with Impax Marketing Group, “but this fat on my sides wasn’t going anywhere. This procedure I’m having is less invasive and less expensive than liposuction.” The price tag: $750 for each side of his body.

After childbirth, the number one request by women is breast surgery. Eighty percent of Ryan Hoffman’s patients – most in their 20s, 30s or 40s – come to him for breast alterations: They want to be bigger or smaller or just perkier, to have the kind of breast associated with youth, vitality, and the promise of better sex. In 2010, nearly 319,000 U.S. women had their breasts augmented.

“Fat injections into the breast may be the wave of the future for those who want to be augmented,” says Hoffman, a junior partner in Noone’s practice, “but I won’t do it. I’m not comfortable that we have enough research to know it will be safe.”

Hoffman mainly uses silicone implants because women find them natural and comfortable; only 5 percent of his patients insist on saline. He tells his patients up front that they will probably need to exchange their implants for new ones in 10 years or more.

In some practices, the face-lift remains the most in-demand surgery. Baker, for instance, says he performs 250 each year; Bucky says he does 150.

“The evolution in face-lifts is astounding,” Baker says, “with less radical lifts, minimal scars, lower morbidity and shorter recovery time,” making it an option even for those who can’t afford to be out of work for a month. Still, techniques differ even among top surgeons – there is no longer just one face-lift operation – and most patients wisely shop around before deciding who will redesign their faces.

Baker performs surgery in his own surgical suite attached to his New York offices and uses local anesthesia with intravenous sedation similar to that given for a colonoscopy. Bucky operates in the hospital with general anesthesia. Baker’s patients stay overnight in his suite with a nurse, while Bucky sends his to the Ritz-Carlton hotel with a nurse on his staff. Both wrap the patient’s head in a gauze “helmet,” which is removed the next morning. Bucky routinely injects a patient’s face with her own fat, rich in stem cells, as part of his face-lift. Baker injects fat only in select patients. Baker’s patients will wake up with drains in their neck; Bucky prefers tissue glue.

“The next morning, when I remove the head dressing, I take my patient over to a mirror,” Bucky says. “She is always so happy . . . she can see the results right away and the bruising isn’t apparent yet. I tell her to take it easy for 10 days. In two weeks, she can go to her third-favorite restaurant. In three weeks, she’ll look great.”

Baker adds, “Most important is the aesthetic sense of the surgeon. A patient needs to be sure that it matches hers.”

Prior to surgery, Baker asks patients to bring him their favorite old photos of themselves that he uses as a guide as he contours the face and re-drapes the skin. “I came in with all of these pictures,” says 62-year-old Wendy Gell. “I told Dr. Baker I wanted something as minimal as possible. I wanted to look natural, maybe as though I had been to a spa.”

Shortly after her lift, a doctor she consulted for nagging foot pain told her, “Your feet will feel better when you stop carrying your children.” Gell says she’ll never forget the shocked look on his face when she told him her children were 21 and 25. Now, four years later, “I not only look younger, I feel younger,” says Gell. “I believe I set the clock back, not just physically, but emotionally.”

Unlike Gell, some patients echo the sentiments of Nora Ephron, who wrote the best-seller I Feel Bad About My Neck. They are concerned about their “turkey necks” or the bands that sometimes form under the chin. Until recently, most plastic surgeons said a neck lift could not be done in isolation, that it was part of a face-lift that covered the area from the cheekbone to the collarbone. But patients’ persistent demands have driven a revolution.

Alan Matarasso, a Manhattan plastic surgeon and spokesman for the American Society of Plastic Surgeons, says half of his lifts involve only the neck. “Neck skin is physiologically different from facial skin,” Matarasso says. “It has less of a certain cell type – that makes it age faster.” The advantages of the neck lift, he says, are that the only incision is behind the ear so it doesn’t show; bruising may be less apparent because it winds up below the collar and can be covered with a turtleneck until it heals; and depending on the patient’s age, he or she may be able to go 10 or 15 years before doing it again.

In 2010, more than 150,000 men and women had eyelid surgery, the third most popular cosmetic operation, usually to carve away excess skin on their upper lids or to reduce puffiness on the lower eye. Ken Morgenstern, an ocular plastic surgeon and head of the Morgenstern Center for Orbital and Facial Plastic Surgery in Wayne, says it is the most common operation he performs – more than 300 a year.

“The eyes are the first part of the face to show age and stress,” he says, “and this same-day procedure with minimal to no pain can have patients looking younger and more refreshed in a week or two.” Morgenstern tucks the upper eye incision into the eyelid crease so it is virtually invisible; on the lower lid, the incision is inside so it is totally hidden.

While jowls and sags beg for a lift, millions of women who shun the scalpel look for options. Ulthera is the first nonsurgical technique that excites Cross. It delivers focused ultrasound waves – similar to those used on pregnant women to check the status of their fetuses – to tighten tissues of the forehead, neck, and cheeks. The downside: The 20- to 30-minute procedure is painful and it works only 75 percent to 80 percent of the time. But there are no negative effects, says Cross, no down time, and results can last for three years.

Still, the most popular way to rejuvenate the face without resorting to the knife, says Wendy Lewis, a New York-based cosmetic surgery consultant, is with a rapidly escalating array of facial fillers and Botox injections. The American Society for Aesthetic Plastic Surgery estimates that in 2010, 2,437,165 Botox® shots were given in this country and that 1,315,121 injections of a hyaluronic filler – often Restylane® or Juvederm® – pumped up the faces of men and women.

The buzzword today is volume. Taut and tight are passé. But cosmetic surgeons urge caution. They are seeing women who look odd and sometimes asymmetrical because they have been overfilled.

“I’ve never had anyone come to me saying she wants a round, fat face,” says Sherrell J. Aston, ASAPS spokesman and chairman of plastic surgery at Manhattan Eye, Ear and Throat Hospital. “They just want to look the way they did 15 years ago.”