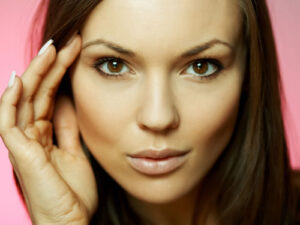 The human face plays a large role in the way we communicate with one another. Certain features can give a sense of strength and character, and our expressions can say a lot without ever uttering a word. With the advent of video conferencing and social media people are more aware of their profiles than ever before. As such, more people are taking steps to enhance their facial features to improve their 21st century social interactions.

One of the most common facial sculpting procedures is rhinoplasty surgery (also known as a nose job). As the central feature of the face, it is often the one people wish to change. Rhinoplasty procedures are among the most commonly performed cosmetic surgery procedures in the country. Many people, both men and women alike, are seeking to enhance their profile and bring balance to their faces.

While rhinoplasty surgery is a great way to add new dimensions to one’s, face coupling nose work with other facial cosmetic procedures can create an even better balance as well as long term stability in a patient’s profile.

According a study, reported on March 14, 2013 by Dr. Dario Bertossi of the University of Verona, patients who choose to undergo a combination procedure that pairs rhinoplasty with genioplasty or mentoplasty (chin reduction or chin enhancement surgery), report higher satisfaction rates with their new facial profile and balance. The relationship between the nose, chin, and neck, contribute to the overall proportion of one’s face and as such, a person having a nose procedure may still appear to lack balance in their face without working on the chin as well.

Balancing the chin and nose at the same time, through cosmetic surgery can lead to long term results. Performing an augmentation or reduction on one and not the other can become more apparent over time. As signs of aging begin to show, the differences between the neck, chin, and nose will become more and more noticeable. Performing chin and nose surgery at the same time will ensure that both features stay balanced over the long term and that your facial balance is maintained.

While many patients have success with a single procedure, ask Dr. Pinsky about combination nose/chin surgery. The additional improvement might be just what you’re looking for to get the facial balance you desire.